Vienna to Budapest to Bucharest

Vienna to Budapest to Bucharest

Enjoy this wonderful trip through some of Europe’s most gorgeous & unexplored regions. Starting in the regal capital of Austria – Vienna – where you will take in some of the historical sites before traveling by train to Hungary, to see another one of Europe’s most beautiful cities, Budapest. Then it’s onto Romania to take in its gorgeous landscapes and medieval architecture. This trip will offer tremendous opportunity to enjoy these cultures through cooking classes and other special inclusions, all while taking in incredibly beautiful scenery and architecture. An expert guide from the region will be leading the way, telling you all about history and cultures you will encounter! 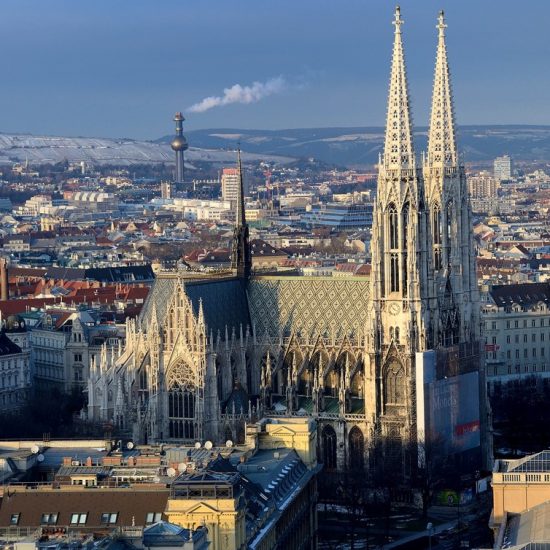 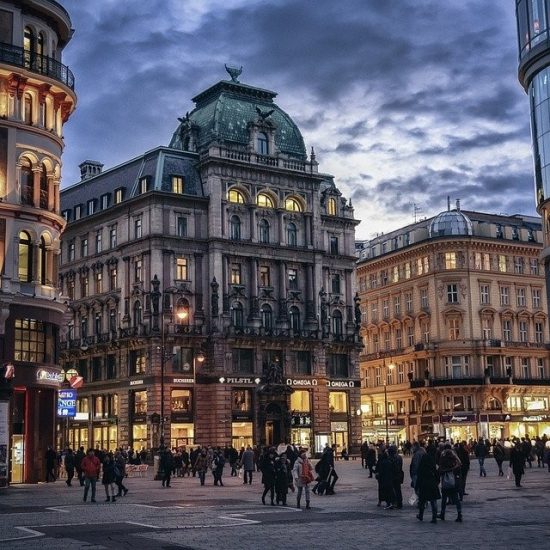 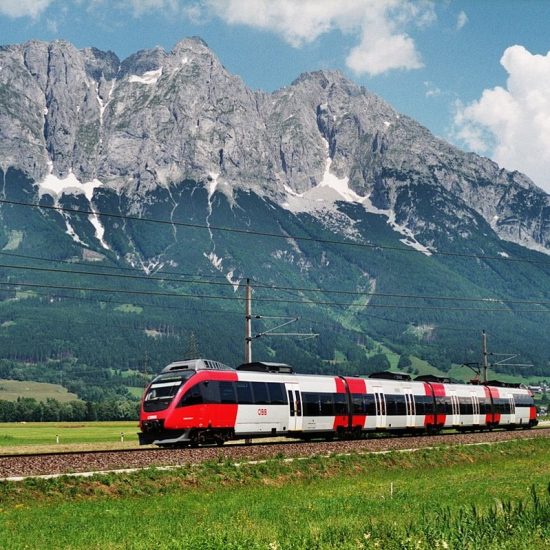 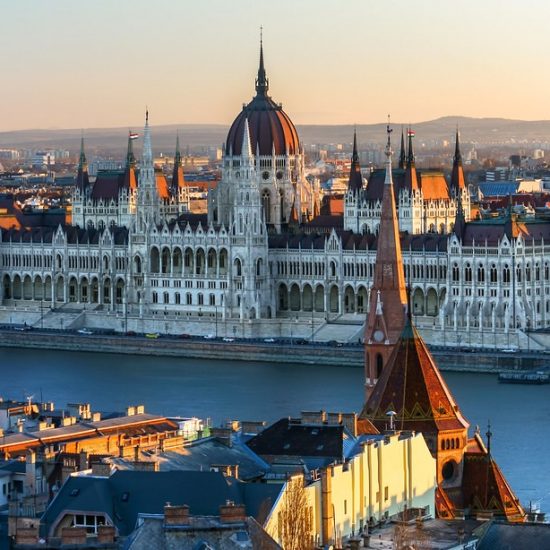 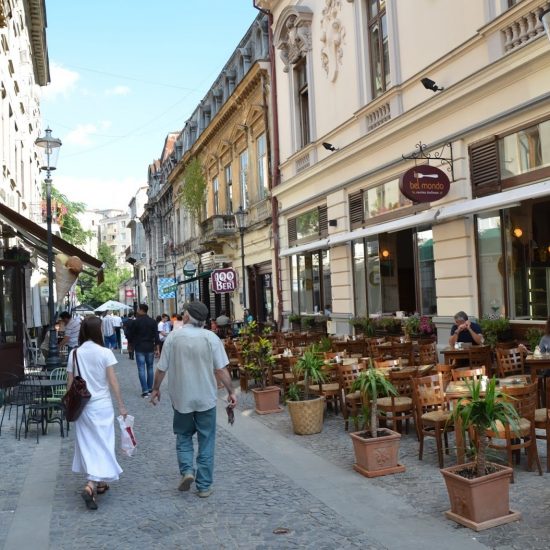 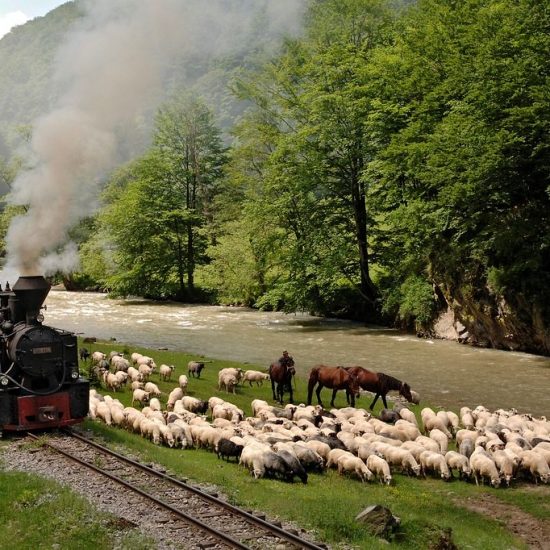 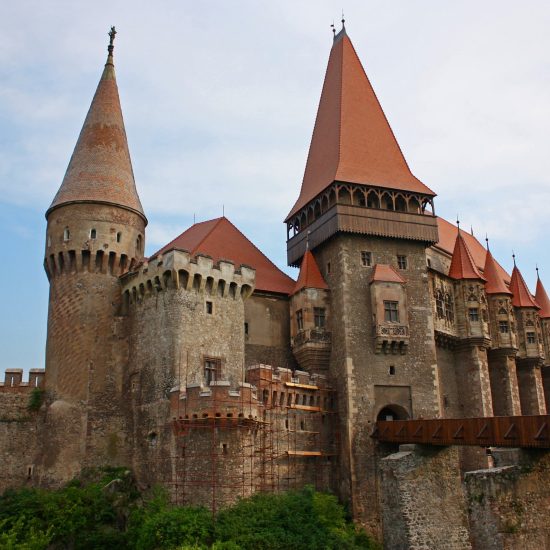 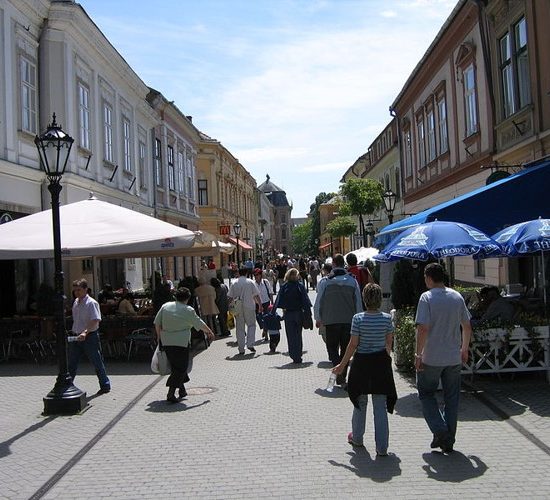 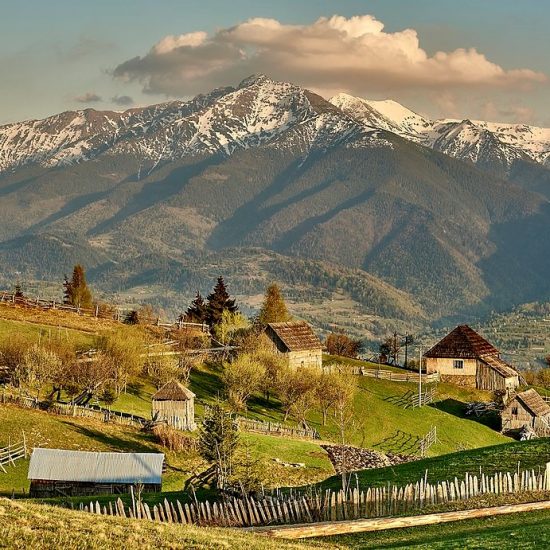 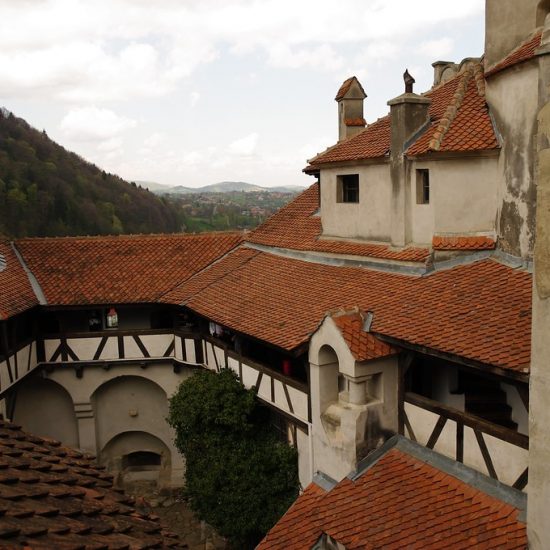 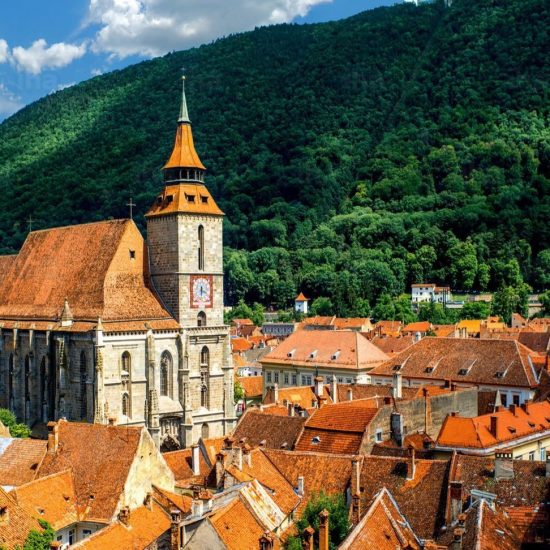 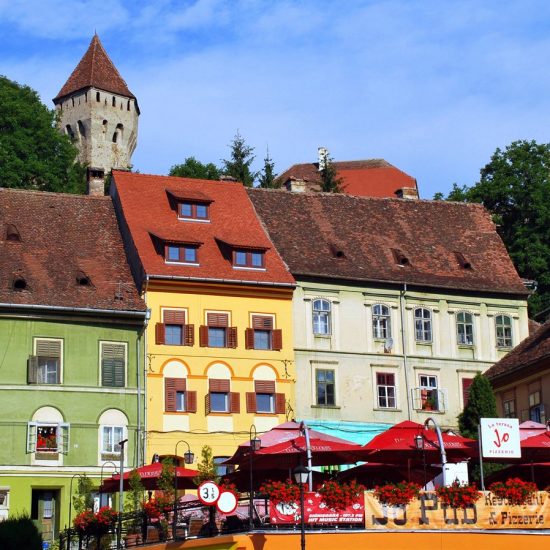 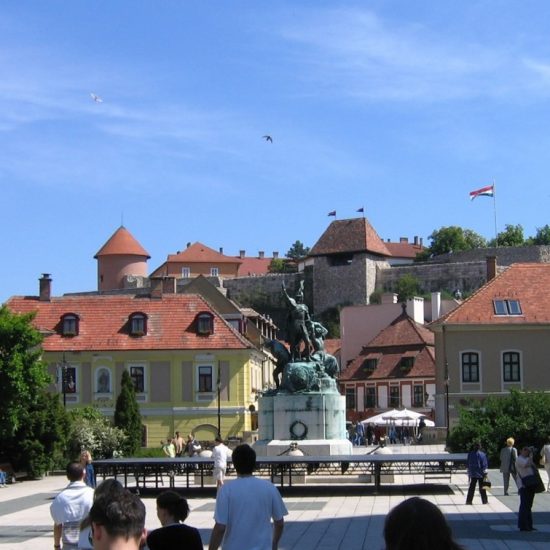 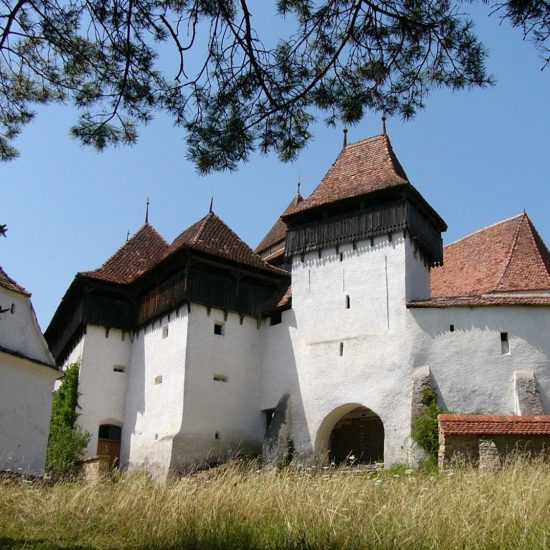 Welcome to Vienna, Austria. Your adventure begins with a welcome meeting at 1 pm. If you happen to arrive early, why not explore a little on your own, to take in the beautiful sites this regal city has to offer. The famous Prater Ferris Wheel – the world’s oldest ferris wheel – is nearby for a bird’s eye view of the city. After the welcome meeting you will enjoy an in-depth walking tour with a local guide, who will take you from the Gothic splendour of St. Stephens Cathedral to the neo-classical grandeur of the Graben, and then on to Hofburg Palace, where Habsburg Emperors once resided in winter. With insights and information provided by your guide, it will be easy to imagine what extravagant royal life here once looked like. In the evening gather for a special welcome dinner at a local restaurant.
2

This morning is free for you to explore Vienna's many possibilities. Included in this package is a 24-hour transport ticket, allowing you travel with ease. Your leader will be on hand to help tailor a day that will best suit your interests. Art enthusiasts can choose from several great museums, from the Albertina to the vast array found in the Museum Quarter. You might like to climb the 343 steps to the top of the tower of St Stephen's Cathedral. Alternatively, there are walking or hiking options just outside the city if you like to venture into nature. In the afternoon, we will head to Schönbrunn Palace – the former summer palace of Emperor Franz Joseph and his wife Elisabeth – where you can view the Rococo state rooms in the palace and take in the exquisite rooms from the time of Maria Theresa and extensive grounds, as part of your Grand Tour.. Included Activities: • Schönbrunn Palace with audio-guide (Grand Tour)
3

After breakfast, we leave Vienna and head to Budapest by train – a truly beautiful trip traversing diverse landscapes. Hungary’s lively capital has truly come into its own since the collapse of the Iron Curtain. Its beautiful grand boulevards and opulent architecture evoke an old-world charm, while the plethora of new-age stores and restaurants lend it an air of cosmopolitan elegance. In the afternoon use local transport and head to the Buda side of the city (the old side, divided from the new by the Danube River) for a visit to Buda Castle and the Fisherman’s Bastion. This hilly part of Budapest has some interesting sights to explore and offers stunning views of the city and Parliament. Included Activities • Fisherman’s Bastion admission
4

This morning we will step away from the main sights and explore a lesser-known part of Budapest in the VIII District with a local guide leading the way. The VIII District is perhaps Budapest’s most diverse neighbourhood, and is home to a vibrant and vast Roma community as well as a smaller Asian community. For lunch you may want to stop at the local market or grab a bite to eat at an African buffet, buy spices and halal meat from a Pakistani shop, or pick up some Greek specialties from the local Hellenic deli. VIII District is where you will find a diversity of cultural groups, bars, and hubs buzzing day and night. You may be lucky and come across a pop-up event, so keep your eyes open. The afternoon is at leisure to take where you want. Perhaps visit one of the lesser known art galleries or relax in one of the many thermal baths that are dotted around the city. Gather again later in the afternoon to meet your master chef and indulge in an evening of Hungarian cooking and learning about everyday life, customs and Hungarian hospitality. Included Activities • Guided walking tour of District VIII • Hungarian Cooking Class
5

Travel east by train to the lovely town of Eger today. This beautifully preserved Baroque town is surrounded by hills and home to some of the most renowned vineyards in Eastern Europe. Enjoy some time to visit the town’s compact centre before visiting the wine cellars of the seductively-named Valley of the Beautiful Women, where the group will have an opportunity to sample some of the town's famous 'Bull's Blood' red wine, known to have given the Hungarian army supernatural strength during their battle against the Ottoman Empire. Included Activities: • Wine tasting
6

Travel by private vehicle across the central plains into the Maramures region of Romania, which should take around six hours in total. Note that time in Romania is an hour ahead of Hungary, so don't forget to set your watch. Maramures is also a place that can feel like stepping back in time. The region may be modernizing, but among the historical wooden houses and churches, the traditional music and the lush forests, you can still find parts of life fairly unchanged since medieval times. Upon arrival, settle into your room at the pension, which is run by a local family, and look forward to some hearty home-cooked fare. Included Activities • Scenic train ride, home-cooked dinner
7

Today you’ll discover more about the region of Maramures ('mah-ra-moo-resh') and how it seems frozen in time. Rich in tradition and folklore, the music, costumes, festivals and ancient superstitions of one of the last peasant cultures in Europe continue to thrive here. Each village is distinctive in its colourful outfits and style of hat. Maramures is particularly famed for its wooden churches, many of which are World Heritage-listed. Set out on a guided group tour to explore the region. You’ll visit the unique Merry Cemetery in Sapanta, where the life stories of the deceased – the good and the bad of their lives – are displayed on colourful wooden crosses. There are poems and limericks, and little pictures illustrating how the person died, all single-handedly carved over 40 years by Stan Ioan Patraş until 1977. The work has continued for the last 30 years by his apprentice. You’ll also see the village museum in Sighetu, an assembly of beautiful local wooden architecture, along with stopping by various other traditional villages. Included Activities • Maramures - Day Tour with Local Guide • Maramures - Sapanta Merry Cemetery • Maramures - Barsana Monastery
8

Today is a long day of travel (approximately 9 hours) through pastoral fields and untouched Saxon towns to Sighisoara in Transylvania. While the name may conjure up images of haunted castles, gothic churches and vampires, this is only a small part of what makes Transylvania such an enchanting and exciting destination. Medieval Sighisoara is famed as the birthplace of Vlad Dracul III, better known as Vlad the Impaler, whose name was the inspiration for Bram Stoker’s iconic Count Dracula. Vlad III is revered as a folk hero by Romanians for driving off the invading Ottoman Turks, of which his impaled victims are said to have included as many as 100,000.
9

While your next stop is less than an hour away, you'll feel like you've entered a different world. The small Transylvanian village of Viscri was originally inhabited by Saxons from the Luxembourg area, and the whole scene is picture-postcard rural. This idyllic village of red tiled roofs is a World Heritage site, virtually unchanged for 900 years. You’ll visit the town's fortified church (thought to be the oldest in Transylvania) and enjoy a home-made lunch. You’ll also learn about the Sock Project, which supports the local Roma community. From here continue to the 13th-century Saxon city of Brasov (approximately 2 hours). Also known by its German name of Kronstadt, the town is flanked by mountains and city walls was once a major medieval trading centre. Included Activities: • Viscri - Fortified Church • Viscri - Sock Project
10

This morning head out to Bran Castle, said to be the inspiration for the home of Bram Stoker's Dracula. Though not exactly super spooky, it is undeniably impressive, perched on a high cliff top and surrounded by pine trees. In the afternoon perhaps head up to Mt Tampa for some views or use the time to explore Brasov and its main attraction, the gothic (Biserica Neagra) Black Church, which took its name from its blackened appearance after a fire in 1689 Included Activities: • Half-day trip to Bran Castle • Bran Castle admission
11

Head south to Bucharest today by train (approximately 3 hours). The city is increasingly known for its cosmopolitan vibe and energy, and while not the most beautiful or stylish city, there are some wonderful art nouveau buildings, ancient churches and monasteries, lush parkland, lakes and elegant boulevards. Romania's interesting capital also likes big things. It’s home to one of Europe's biggest squares, and its Palace of Parliament is the second largest building in the world – former dictator Nicolae Ceauşescu ordered the construction of the 12-storied Palace of Parliament, a building of staggering scale and opulence that includes 1,100 rooms and 4,500 chandeliers. You’ll take a guided walking tour around the city to help you get your bearings, then in free time you can choose to further explore some of the sights pointed out. In the evening finish your adventure with an included dinner in a local restaurant. Included Activities: • Guided walking tour of Bucharest
12

There are no activities planned for the final day and you are able to depart the accommodation at any time. We will help arrange transportation to the airport when the timing is right for you, unless you plan to stay a few more days to enjoy beautiful Bucharest or continue on to another destination.

* See notes below on single supplements

*This trip can be booked by individual groups of 6 or more at any time - please get in touch to discuss potential changes to pricing (discounts if more than 6) and the best time of year to travel on this particular itinerary *Groups Size: Minimum 6, Maximum 16 (as per sustainable travel guidelines)

For the time being, international flights will be left out of packages. This will not only allow you to pay for flights with points or whatever method you want that may allow you to accrue some points, but it also allows you to choose the flight times that make the most sense for you, as well as to add on days or otherwise. Furthermore, if a cancellation does have to happen for some reason, airlines are well positioned now to deal with clients one-on-one, providing excellent assurances that you will get your full money back or receive a travel credit. It’s much easier on a direct basis.

If you want to stay in your own room, we get that. A single supplement charge is included in all of our pricing, with the exception of EarthTreks’ accommodations in Mindo. If you would rather keep the price down, we would be happy to try to find you a roomie (of the same gender). We have helped start many lasting friendships through our care to put the right people in rooms together. It helps when it is the right fit. Please get in touch if you want us to help you find a roommate for this trip. We will ask you a few key questions to ensure

We would be happy to provide you with a quote in your currency of choice - please get in touch to let us know what that is, whether USD, Euros or otherwise.